With this project, the initial plan was to move the kitchen to the back of the house to create a more spacious living area, as well as a few other structural movements of the walls. The customer also decided he would like us to renovate the main bathroom and a bathroom/laundry. By the time we finished we found a lot of structural defects there. When we removed the flooring of the extension at the back of the house, our workers actually fell through the floor as there was a water leak which had been there for many years and for that reason, there was a lot of dampness and mould in the house.

A problem arose as there was no real access under the house (only around 200mm) and there were no entry points through the house. When we came to strip out the bathroom, there was a lot of structural damage. We had never seen a slab with so much structural damage, so we decided to cut out the slab and re-frame it with Red Alert timber, before going over it with compressed fibro sheeting.

We re-did all the plumbing in the entire house, all the electricals, all new windows and we screeded the entire house (over 120 square metres). We turned the fourth bedroom into a walk-in wardrobe and put in built-in wardrobes for the two bedrooms. We ran data cables for the entire house. We also moved the sliding door to different location and tiled the entire front balcony. We experienced quite a few problems with this project as previously described but we still managed to complete everything within six weeks. 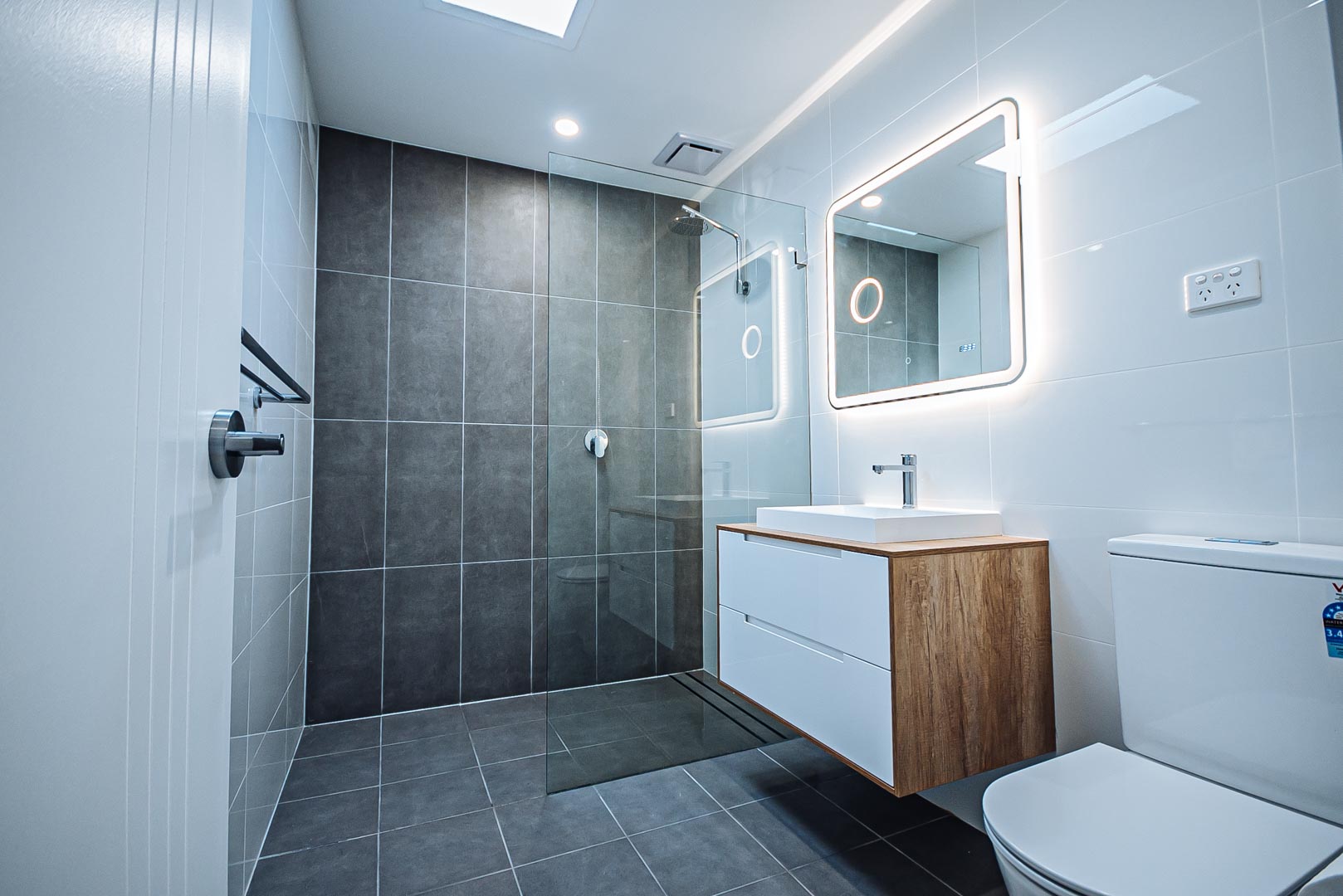 "The target date was important for us, like any renovation you have to find somewhere to live, so that part was most important, meeting those deadlines.

That 6 weeks was very important, even with all the changes and curve balls the team pulled through and did whatever it took.


Before and After Video