The customer wanted her dream kitchen and her dream bathroom so we designed her kitchen in such a way that it had a hidden walk-in butler’s pantry which we also designed ourselves. We had a few issues with the walls and the floor being out of square. The bathroom was more straight forward. We did all the structural work and we turned the two-way bathroom into two single bathrooms including an ensuite and increased the size of the walk-in wardrobe, so we customised all this for her as well as doing all the structural work.

There were some problems with the plumbing and also structurally, especially in the hallway, where the floors were really out of alignment. We tiled the hallway as per the customers initial wishes but when this had been done, the customer wanted the tiling ripped up and we redid the tiling after addressing the structural problems as we had previously recommended. There were some delays with this project as the customer experienced some difficulties with the decision-making with regard to the design elements and also due to the well-publicised floods which the local area in mid to late March, 2021.

Another problem was that the house had cathedral ceilings with no installation so we insulated and Gyprocked the whole ceiling with 13 mm gyprock. We also did a shadow line all the way around as cornices with that kind of ceiling would not look good. So we did a full shadow line throughout the entire home.

We also replaced a lot of doors, architraves and skirting, painted the entire interior and installed new carpets in all the bedrooms. So the project took 8-9 weeks, but it was a rather large project, and the customer was extremely pleased with the outcome. 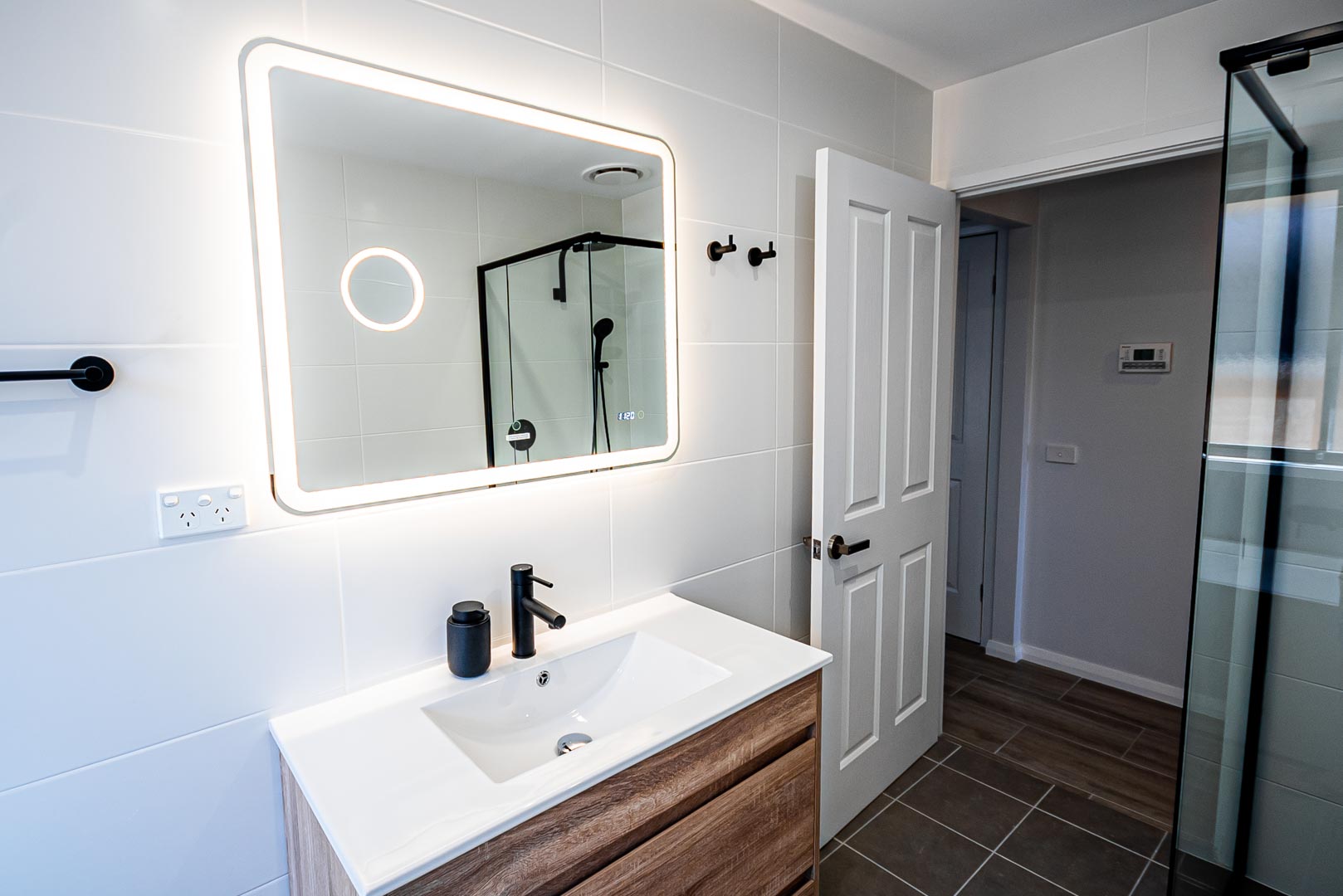 Before and After Video